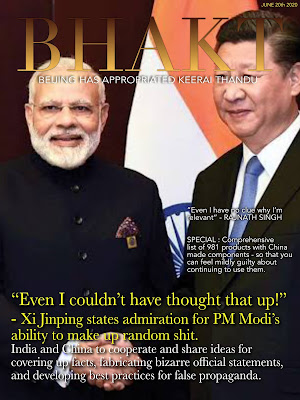 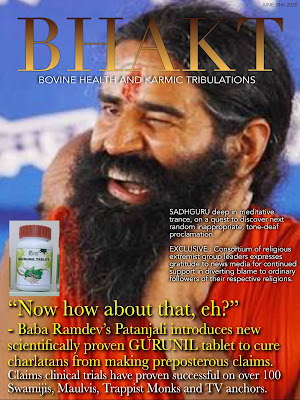 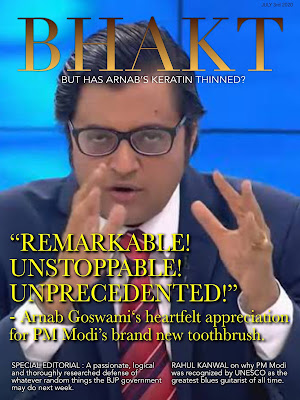 It's been a fun run so far. Here's what I've been accused of being up to this point :

1. Hindu Hater
Because making fun of Baba Ramdev and Sadhguru (both of whom earn ridiculous amounts of money by actually conning innocent Hindus of varying degrees of sophistication into parting with their hard-earned money by peddling superstition, half-truths and outright lies)  clearly amounts to spreading hate against all Hindus. These are men who openly mock genuine Hindu tenets (austerity, truth, humility) by openly parading their egos, enjoying (and actively using) immense wealth and power, and indulging in falsification of data, media cover-ups and distorting truth (latest case in point - Patanjali damaging the reputation of all of Ayurveda by trying to market some genuinely useful but mild ayurvedic medicines as some sort of life-saving COVID drug). Saying these guys are symbols that represent all of Hinduism is like saying Bovonto is a symbol that represents all of nutrition, and making fun of it means that I am spreading hate against food.

2. Paid Congress Stooge
Yeah, right. They must be sending the money through BHIM to the wrong Anand Ramachandran.

3. Pakistan Supporter
Mainly because I never make fun of Pakistan or Islam. Judging by this yardstick, by virtue of my not having made fun of them, I am also a supporter of the following things :
Oh, wait...

4. Anti-National
This bothered me, so I made a simple quiz to test the hypothesis. 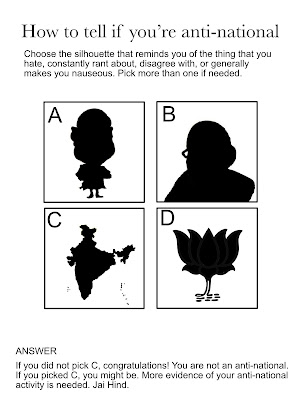 Posted by Anand Ramachandran's Evil Twin at 11:40 AM No comments: